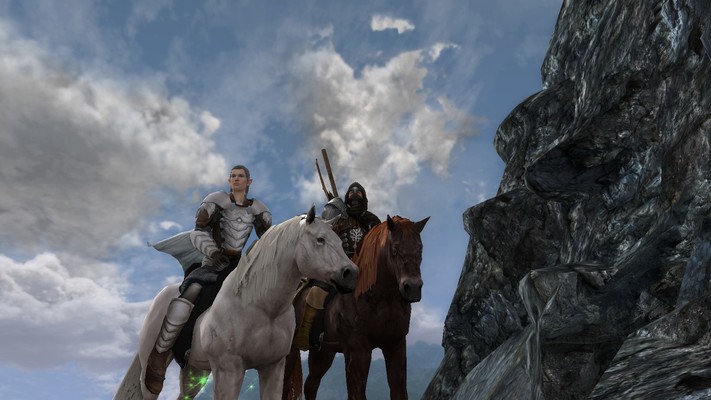 Recruitment is currently open
for raiding mains of certain classes only, as seen in the recruitment tab of this site, at the top right corner.


The Aegean Eagles are traditionally recruiting PvE end-game focused players of all classes and levels regardless of gear and experience.

Casual folk and PvMP focused players are also welcome as our kinship is home to a variety of play-styles.

Remarks
1. No need to file any application form. This site's application serves mainly as calendar registration for members and allies upon admission into the kinship or its raid squad.
2. A read of our internal rules & raid invitational pattern to find out whether the way the kinship operates meets your standards is highly recommended.

If you're interested in joining or learning more about us, you may find us online, either in-game (pm/mail) or through our sites (recruitment forum post/calendar ''application''). A prior voice chat with an officer or an introductory forum self-presentation is encouraged but not necessary.

At the moment we're only looking for raiding...
Beorning
Captains
Champions
Minstrel
Warden


If you want to keep track of the classes less inflated regarding raid participation at present, peak the recruitment tab of the calendar at the top right corner.

The Kinship.
Aegean Eagles are a PvE focused, international English-speaking kinship as of 2015. The kinship was founded in Gilrain (2007) by a handful of real life friends as Greek only. It had its first end-game breakthrough in The Rift of Nûrz Ghâshu, where it surprisingly -given the questionable reputation of Greek raiding squads- managed to fully clear the instance and keep up the runs for months upon first completion. Based on a collective decision the majority of its members inhabited Snowbourn just before Mirkwood's release. After completing and farming Barad Guldur, most core members left the game due to real life commitments, thus introducing a lethargic, genuinely casual period of activity for the kinship through Enedwaith, Isengard and Helm's Deep. Alas, they had been communicating and occasionally hanging out in real life. Strong bonds of friendship and happy memories brought some of them back together in West Gondor. Refreshed appetite and thirst for the immersion in Tolkien's universe that is LOTRO led them to clear all they had missed by restoring the kinship to its former shape clearing all -admittedly less challenging then- scaled instances. In Erebor they competed with other squads helping in the rejuvenation of Snowbourn's raiding activity over little to no reward other than the joy of reliving their adventures. It was at this point, amidst of their endeavors to create and maintain self-sustainable, consistent raids due to their attraction to end-game and the game's gradual depopulation, that they decided to invite old and new friends from abroad into the kinship*, as well as create an in-game inter-kinship PvE orientated custom chat channel (Eagles) to keep in touch with players of various backgrounds interested in quality group content. From then on the kinship kept expanding and raiding in an organized manner up until now, having eventually relocated to Evernight following servers' merge.

The people.
Our in-game channel (Eagles) has been going strong for years and is currently open to any player interested in joining, including raiders from several active raiding kinships. Our player base is mostly -but not solely- European, ages an average of roundabout 30 to 35 years old** and its activity peaks during the evening (~18:00-20:00 GMT and onwards), which is also the typical starting time frame for our planned raids. Our leading team consists of experienced raiders, some of whom have played most of the content on level, while proudly maintaining all along the kinship's founding perspective: casual raiding in a cohesive environment that favors the social experience of gaming over completions. Having said that, the kinship does strive to succeed in challenging content and has had its fair share of completions pulling off multiple full top tier clears during the following end-game eras:
~Gilrain~The Rift of Nûrz Ghâshu, The Watcher, Dâr Narbugud,
~Snowbourn~ Barad Guldur, -scaled- Ost Dunhoth & Erebor (100lvl cap),
~Evernight~ Throne of the Dread Terror, Abyss of Mordath, Anvil of Winterstith.

This event planner is open for registration to anyone interested in raiding.
If you're looking for a casual, efficient, festive squad, this might be the place for you.